Garden of the Season – Castle of Mey

The Castle of Mey has stood sentinel on the north coast of Caithness since 1573, gazing out over the stormy waters of the Pentland Firth. It’s a classic 16th century Scottish tower house, built to withstand the elements and the garden is only possible in this exposed location because of 12ft high stone walls that protect plants from ferocious gales and salt spray that would otherwise scorch tender leaves.

Story of the garden

The castle was built by the Earls of Caithness, but changed hands several times and gradually fell into disrepair until it was spotted by the late Queen Mother when visiting friends in the area. Something about this romantic ruin appealed to her, so in the early 1950s she bought it and began a programme of restoration that included turning the castle into her summer home and bringing the garden back to life and planting it with all her favourite flowers.

In August the cut flowers are in bloom and new seating areas and pastel-coloured arbours created by head gardener Chris Parkinson and his team to  add definition to the garden, give visitors somewhere to sit and enjoy the scents.

Recent restructuring has included straightening and thickening the many hedges and upgrading paths to create a smoother experience, while the range of plants has been added to with grasses and rhododendrons.

The castle’s vegetable garden is filled with produce and much of it ends up in the jams and chutneys that are sold in the castle gift shop. Here you can also find honey from the hives that are placed amongst the flowers. Anything Else to Look Out For?
The animal centre in the East Woods is a popular spot with children and adults. Amongst the resident donkey, sheep and rabbits there are also goslings and baby geese as well as a flock of Buff Orpington chickens.

The woods provide a shelter belt for the garden, which is only 400m from the beach.

For decades the Queen Mother visited the garden in August and so the garden was designed to flourish at these times. It still does, but recently work has extended the flowering season so that it can be enjoyed from spring until autumn.

Any recommendations in the area?

Smoo Cave at Durness is a unique series of underwater chambers formed by seawater and freshwater action. At its heart is Allt Smoo, a 66ft high waterfall that flows in periods of heavy rain. The name ‘Smoo’ comes from the Norwegian word for ‘hiding place.’

The castle sits between Thurso and John O'Groats on the A836. 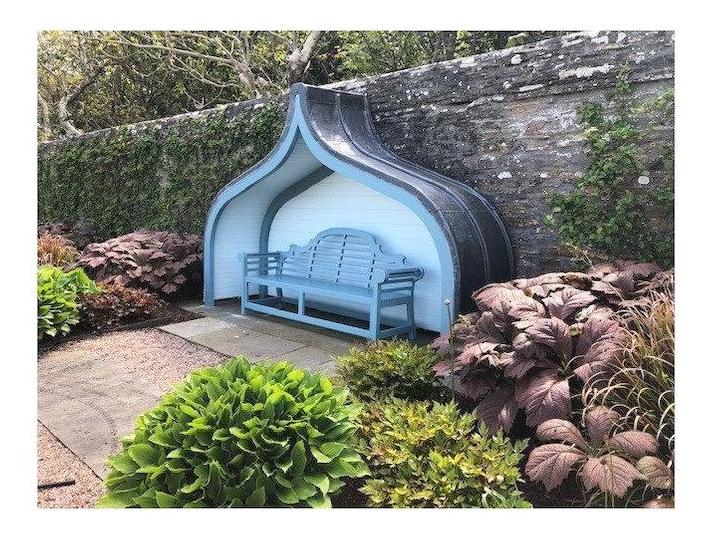